Big Brother Spoilers: Finalist wins part one of last HoH - globaltv
Your browser is not fully supported. We do our best to optimize our websites to the most current web browsers. Please try another browser. ×
IN PARTNERSHIP WITH

Although it wasn’t shown on the live feeds the Big Brother All-Stars finalists competed in the first phase of the final Head of Household of the season tonight.

The challenge was an endurance competition in which the houseguests had to hang onto their rope while they were spun around, bounced off objects and sprayed with slime.

Nicole’s win forces Cody and Enzo to face off in round two.

“A girl won the first part of the HoH. I am as shocked as you are,” said Nicole to the cameras as she ate dinner in the kitchen.

Enzo lamented on his loss alone.

“Endurance is not my thing, man. This is my destiny. This is my fate,” he said waiting for Cody to finish in the shower. 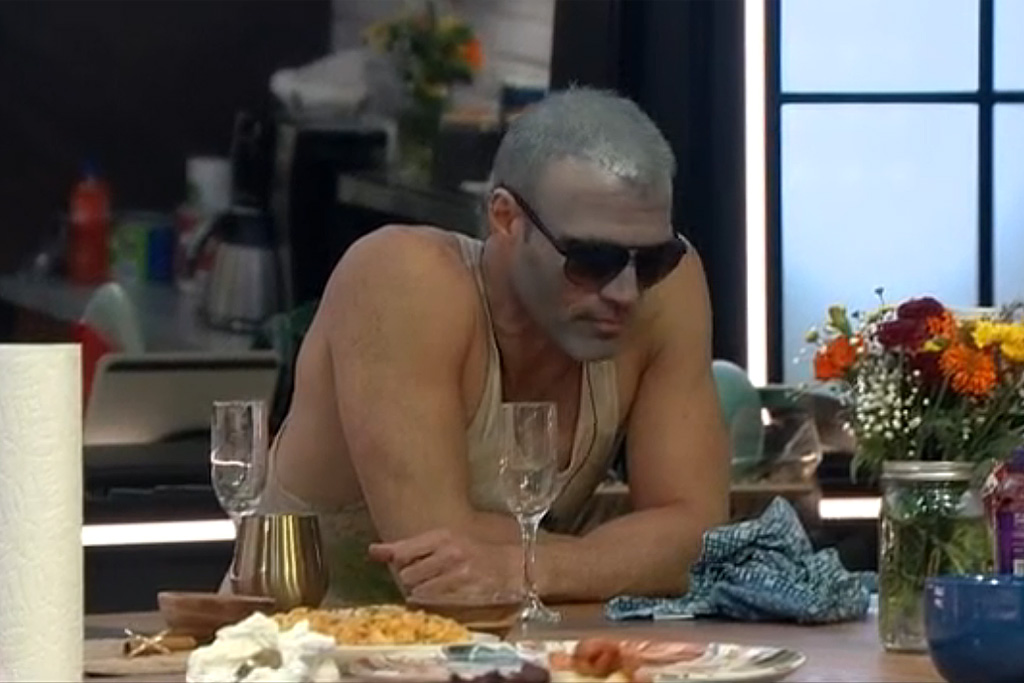 “It was too hard, yo. I cannot spin. Spinning and ropes are my weakness. Once I saw it, I knew I wasn’t winning this thing. I knew that. It is all right. It is not over. I have one more competition. I should have never cried in the Diary Room. I am more upset about that than this,” he continued.

Christmas Abbott, the 38-year-old fitness entrepreneur from North Carolina, was sent to the jury on the live eviction episode Thursday night.

Cody, who won the final Power of Veto, was the sole vote to evict.

In her final speech Christmas took a swipe at Enzo saying: “Congratulations, you’ve got third place.”

“I love him but the loyalty was shaky at the end towards me,” Christmas told host Julie Chen Moonves about Enzo.

Tune in tomorrow at 8:00 PM (ET) on Global for a special episode of Big Brother All-Stars and watch the finale next Wednesday at 9 PM (ET).